From Jan. 28th to Feb. 2nd, I was on a business trip to Europe, to visit our customers and support our sales reps. in the EMEA region. We had 5 customer meetings in 5 days and stopped by 5 different countries. The schedule was tight and there was no time for sightseeing.

I flew into Munich on 1/28 at night. The hotel I stayed was the Holiday Inn Munich – City Center. It’s located by the Isar River. The old town is only 15-minute-walk away across the river. This was the only spare time I had before meeting the sales team the next day. I walked to the city right after settled.

2018.1.28It’s much warmer than I expected in Munich, and the old town was great to walk. Most of the central area are for pedestrians only. Standing in the Marienplatz square and looking around, this is certainly one of the most grandiose city center of the whole Europe. It’s hard to imagine that it’s heavily bombed at the end of the World War II, luckily, many historical sites were preserved or rebuilt after that. 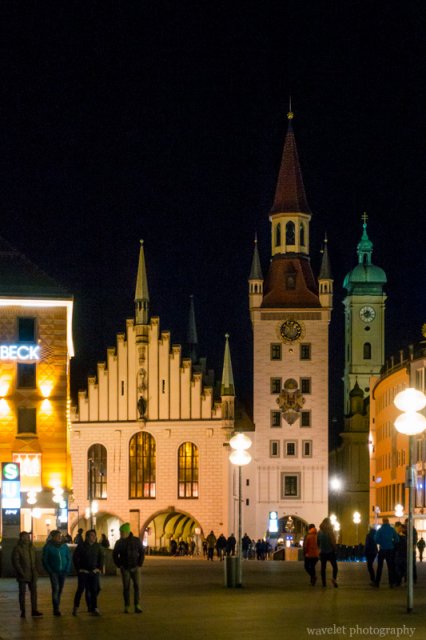 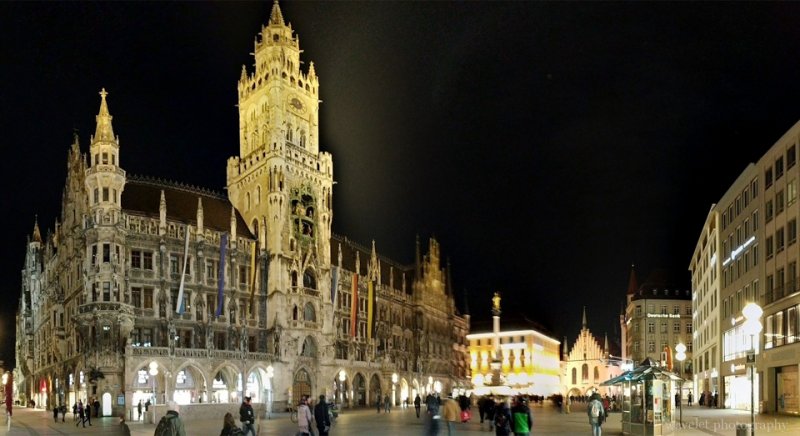 I walked all the way to the western side of the old town. There you can see in the far end of the following picture, it is Karlstor, a gate of Munich’s medieval wall. The first floor of the buildings along the street are all occupied by stores. If you are shoppers, the old town Munich provides the great shopping experience. 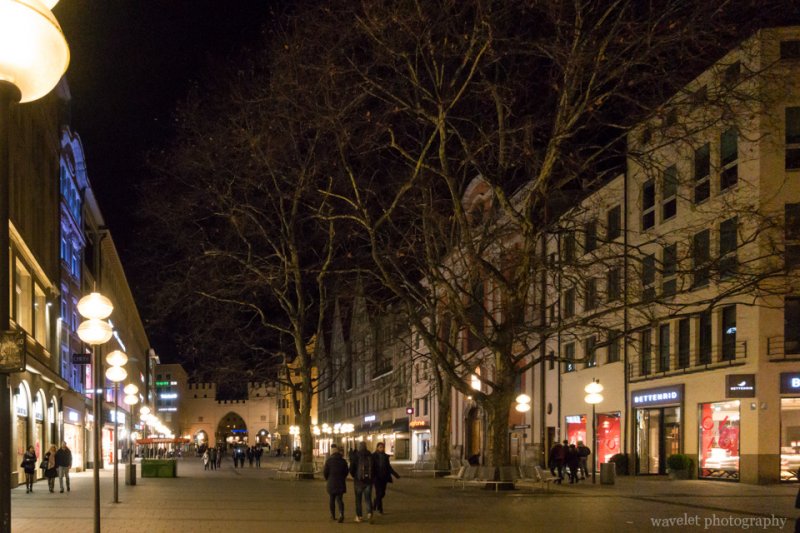 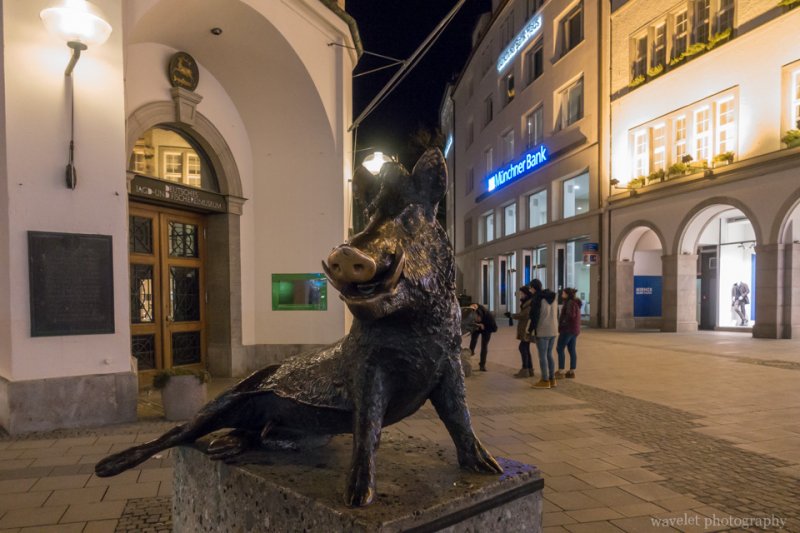 There are several churches in the old town. Frauenkirche is the biggest church and the symbol of Munich city, but one of its towers is under the renovation, and there is not much to see at night. St. Michael’s Church is a Jesuit church in the early Baroque style. When I got there, it was holding a Sunday night mass. 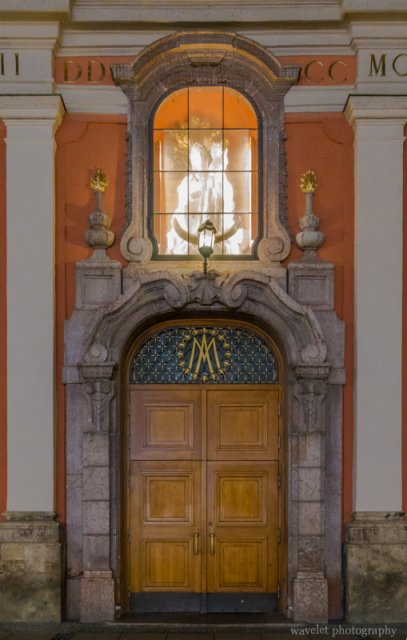 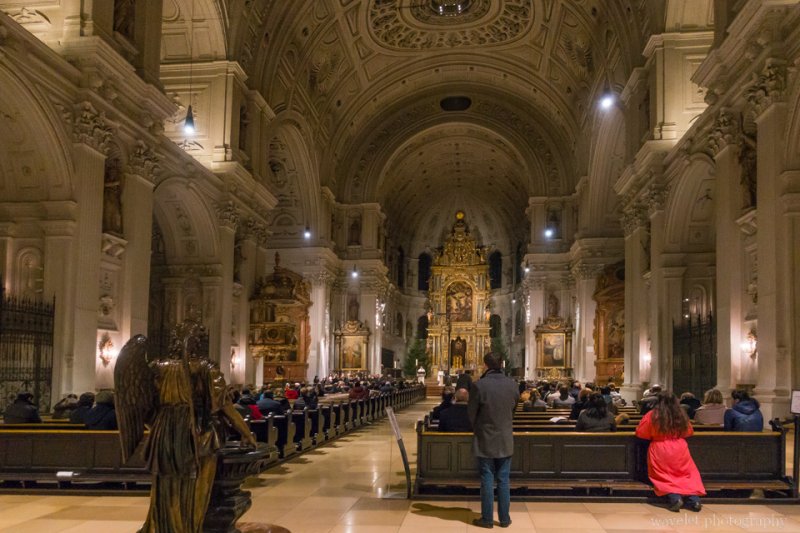 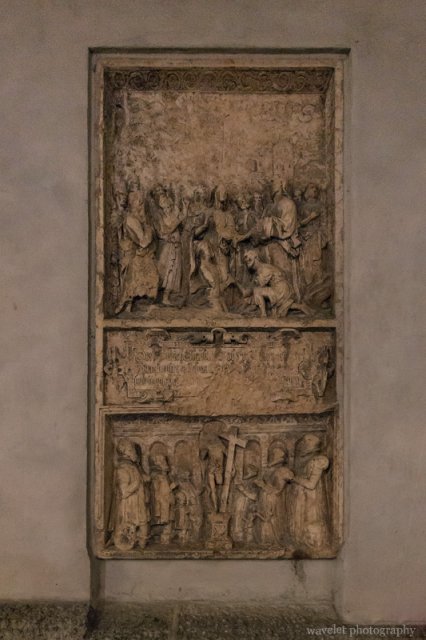 Relief on the back wall of Frauenkirche, Munich, Germany

I had my dinner at Andechser am Dom. It’s located at the back of Frauenkirche and serves traditional Bavarian dishes. What I ordered was Hirsch-Schnitzel. Hirsch is ‘deer’ in German and Schnitzel refers to dishes that have meat breaded with flour and then fried or baked. 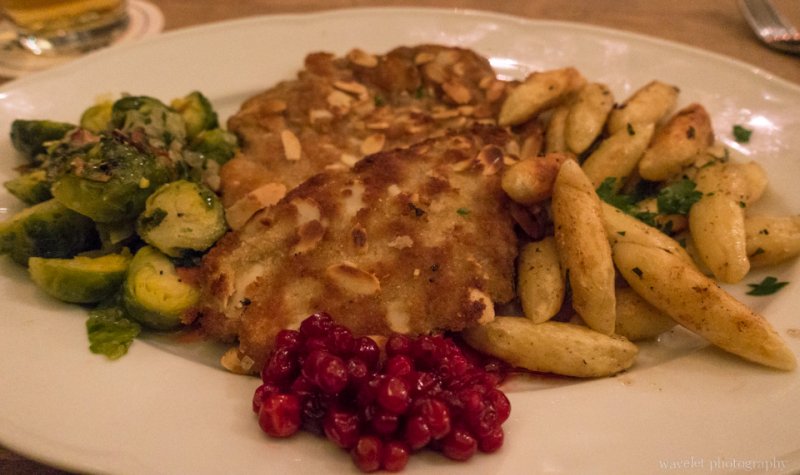 Hirsch-Schnitzel, Andechser am Dom, Munich, Germany
2018.1.29The next day morning, I got up early and had my routine city walk. Every city should have a river. Isar River is the river of Munich and it is a major tributary to Danube. I walked along the bank between Ludwigsbrücke and Maximiliansbrücke. On the right of where I started, there is a building with a beautify clock tower. I later learned it’s public indoor swimming pool. 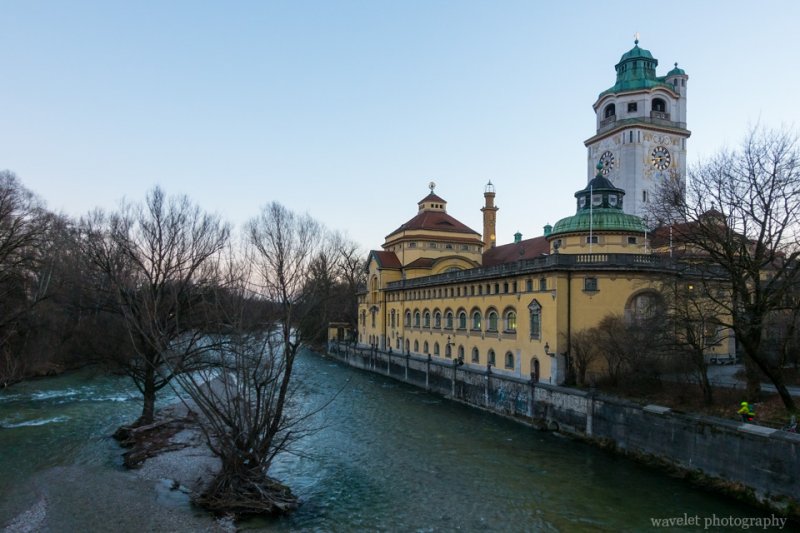 Sun rose up as I walked along the river. There are several small islands in this section of Isar. A low damn called Wehrsteg in the middle of the river connecting two islands. The rays of the rising sun just reached the top of St Luke’s Church, the largest Protestant church in Munich, across the river. Standing on the damn, I was lucky to capture the perfect reflection of this beautiful church. 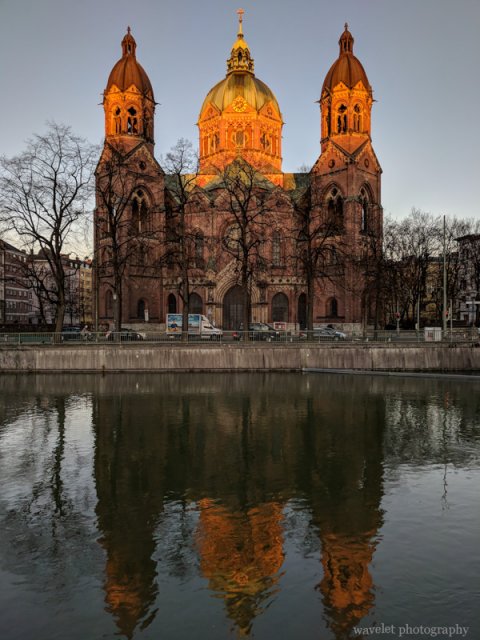 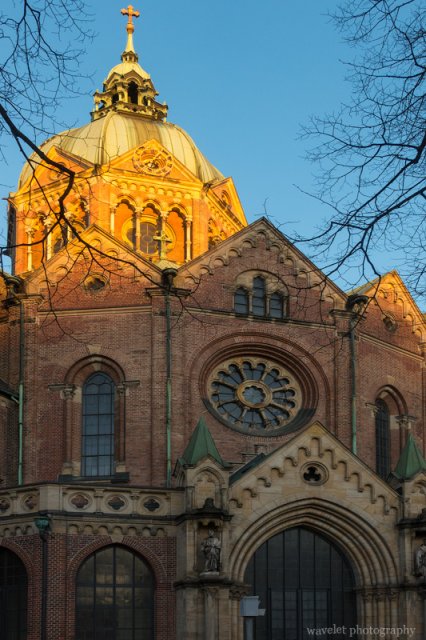 I continued my walk along the other side of the bank. Sun rose up and put golden crowns on the buildings and trees by the Isar river. 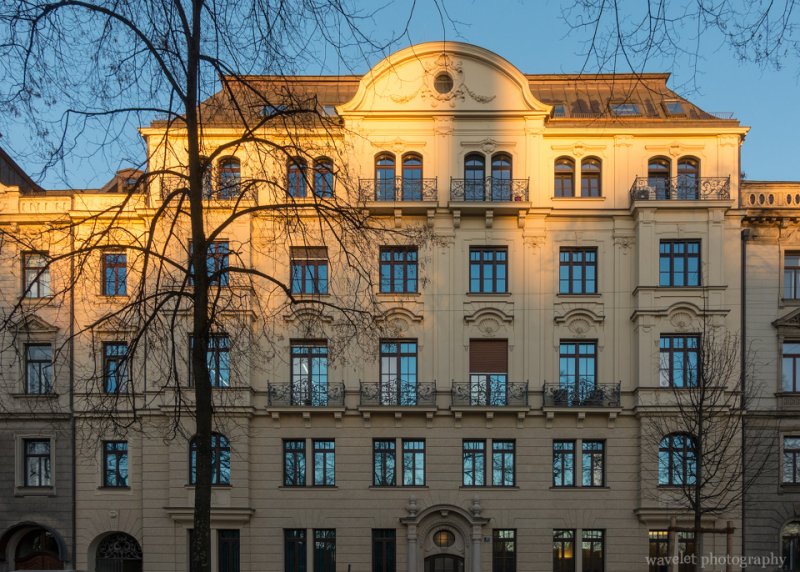 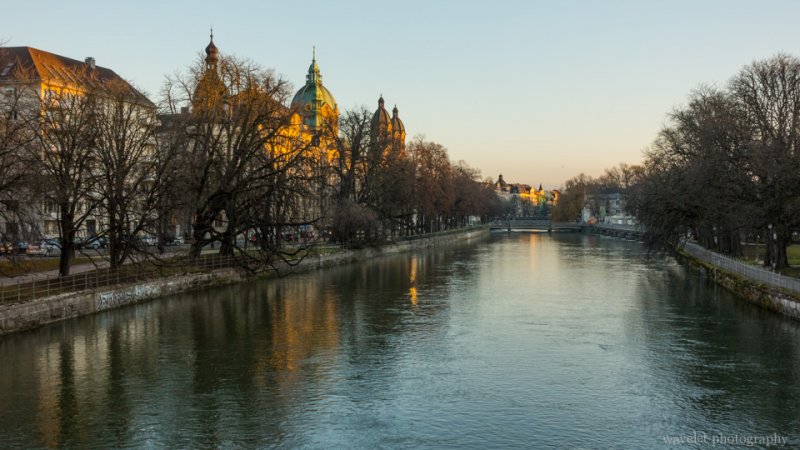 Isar River, Munich, Germany
2018.1.30I met our SE and had meeting with a customer in Munich, then we flew over to Nice transiting at Paris. I have to say, Nice probably has the crookedest roads in the world, even with the help of GPS, we kept getting lost at those one after another roundabouts. Our hotel is close to the beach. I got a chance to take a picture of the Mediterranean in the early morning. 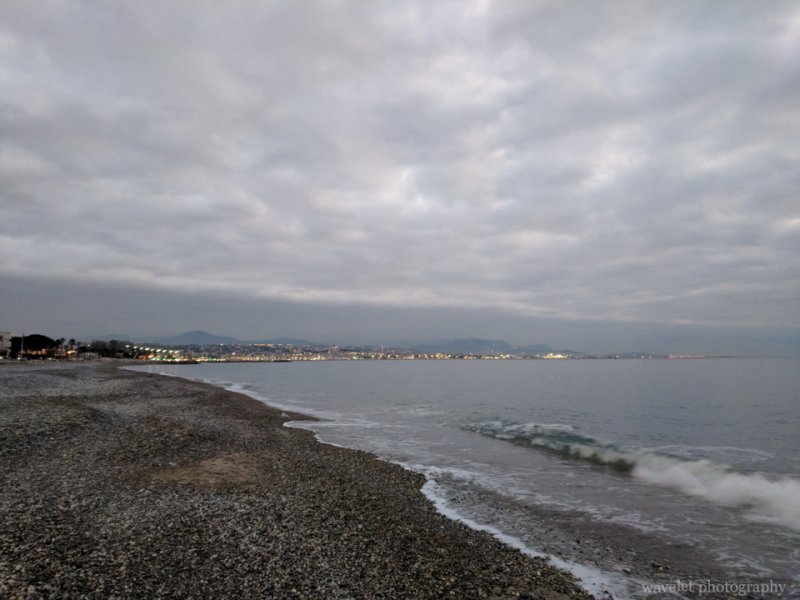 Nice, France
2018.1.31After the full day meeting in Nice, we flew twice over Alps, had a connect flight in Zürich, spent a night at Athens. In the next day morning, when we were waiting for the flight in the Athens International Airport, I noticed the rising sun was perfectly aligned with a notch of the mountain peak so I snapped the picture with my phone. We’d fly to Cyprus from there. 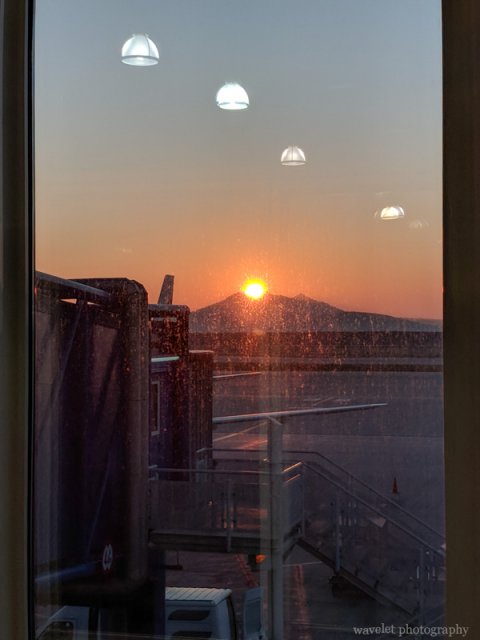 Cyprus is an island in the eastern of the Mediterranean Sea. Because of its strategic location among Europe, Asia and Africa, only 50 miles south to Turkey and 100 miles west to Syria and Lebanon, it has always been the target of major powers of the region in the past 3000 years. On our flight to the island, Anatolia peninsula (or Asia Minor) of Turkey can clearly be seen on the left. 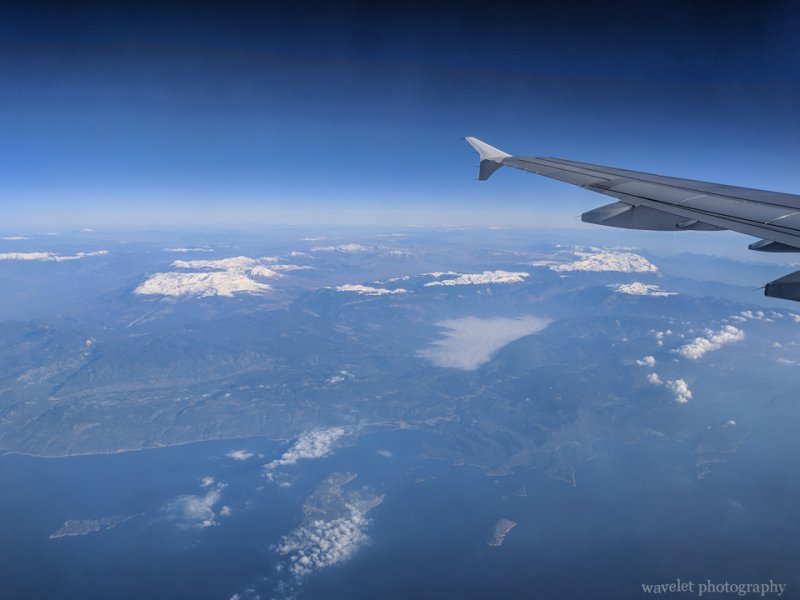 Cyprus is the third largest island in the Mediterranean. Nicosia is its capital city. Only after returned from the trip, I learned the history and geopolitical situation of the island. After three hundred years Ottoman rule, Cyprus was handed over to British administration by the end of 19th century. Cyprus became independent in 1960, but conflicts between its Greek and Turkish ethnical population have never stopped. Turkish army invaded Cyprus in 1974 and took control the northern part of the island. Until today, although multiple efforts have been made to reunite the region, the island remains separated. 37% of Cyprus is ruled by Turkish Republic of Northern Cyprus, who speak Turkish; and 59% of the area is under the administration of the Republic of Cyprus, who speak Greek; 4% of the island is UN buffer zone.

It’s hard to imagine that after the collapse of Berlin wall, the similar separation still exists in the capital city of Cyprus, Nicosia. Only until 2003, several crossing were opened between the two sides of the city. 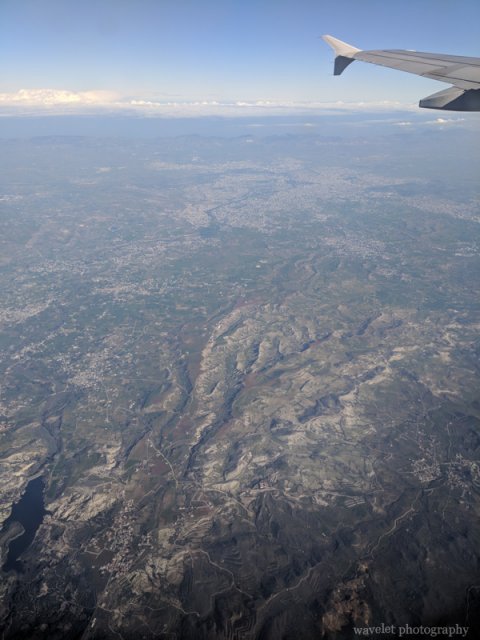 Overlook Nicosia from the airplane, Cyprus

The Republic of Cyprus joined the EU in 2004 and enjoyed a good economy overall. Tourism, financial service and shipping are the major parts of the economy. As Cyprus became the portal of the west to invest in Russia, in Cyprus, especially Limassol, Russian community is thriving. Many Russians come to Cyprus for vacation as well. After all, non-stop flight from Moscow to Larnaca is less than 4 hours.

Because of British influence, vehicles in Cyprus are driving on the left-hand side. It took us about an hour to reach Limassol from Larnaca. Limassol is the second largest city in Cyprus, a major port and tourist attraction. Gardens are built along the Mediterranean coast. In the workday noon time, all parkings are taken. We managed to squeeze a place near the old port and had a lunch in a restaurant by the harbor. It’s peaceful and lovely place. The meal is the best I had in the trip. 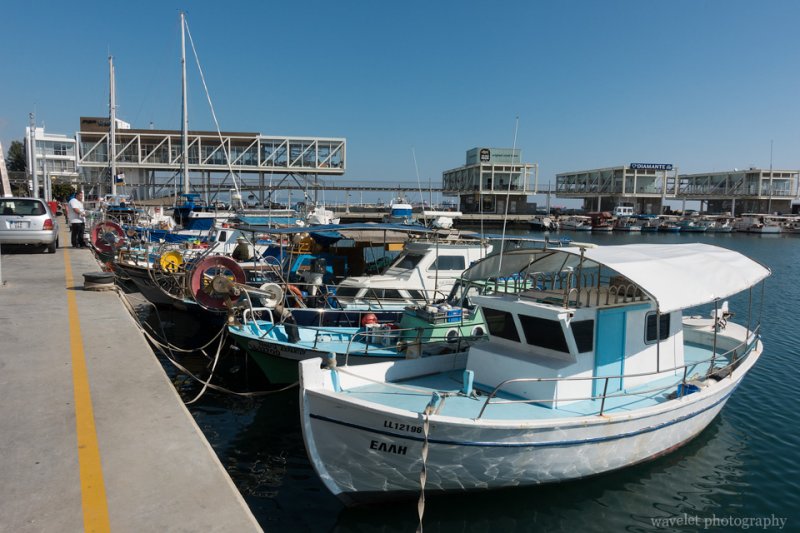 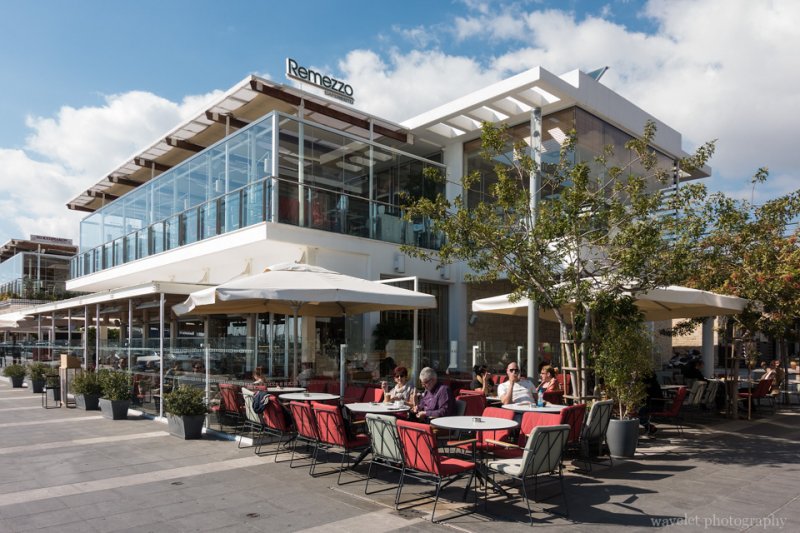 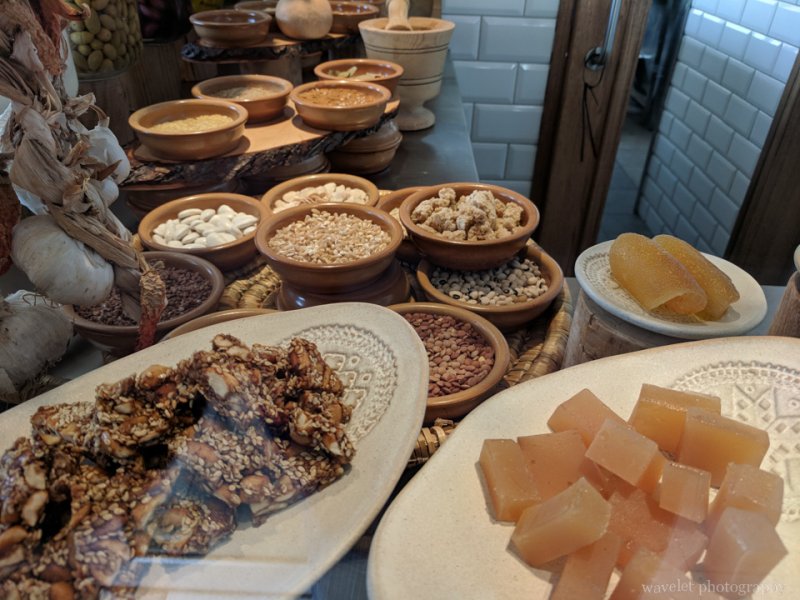 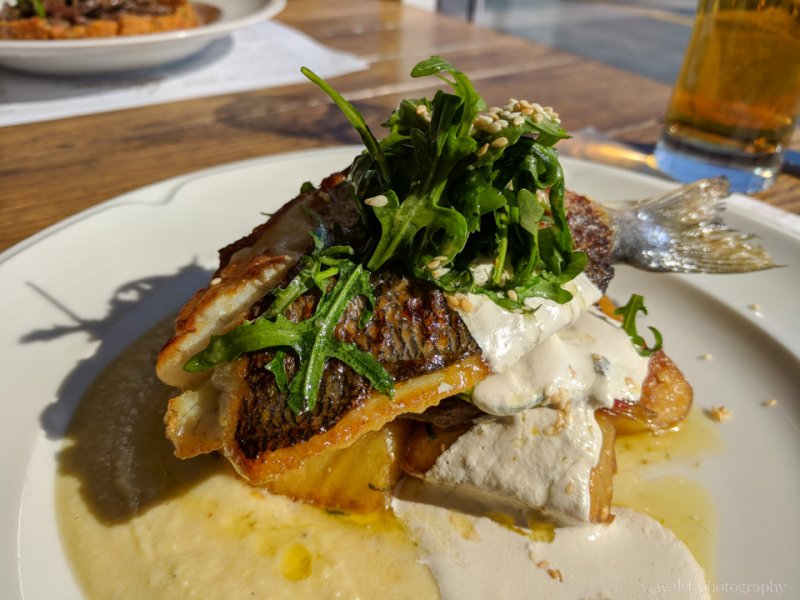 We had a good meeting with the customer and we were invited to have a drink at the rooftop. From there, we could over look the city and Akrotiri peninsula. Akrotiri is used as British military base under the agreement when Cyprus became independent in 1960. There are two bases in the island, Akrotiri and Dhekelia, which borders the UN buffer zone and northern Cyprus that is controlled by Turkish forces. If you look closely, in the second picture below, you could see antennas at the far right. Those are in Akrotiri, it’s the British territory. 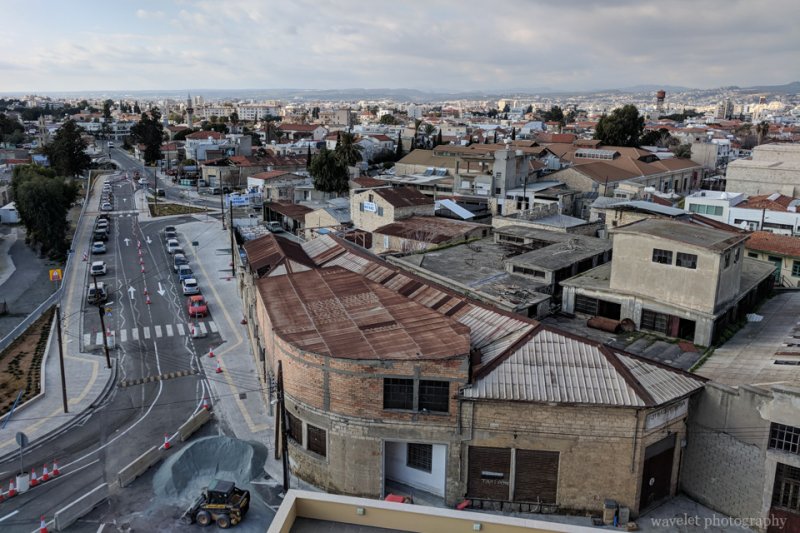 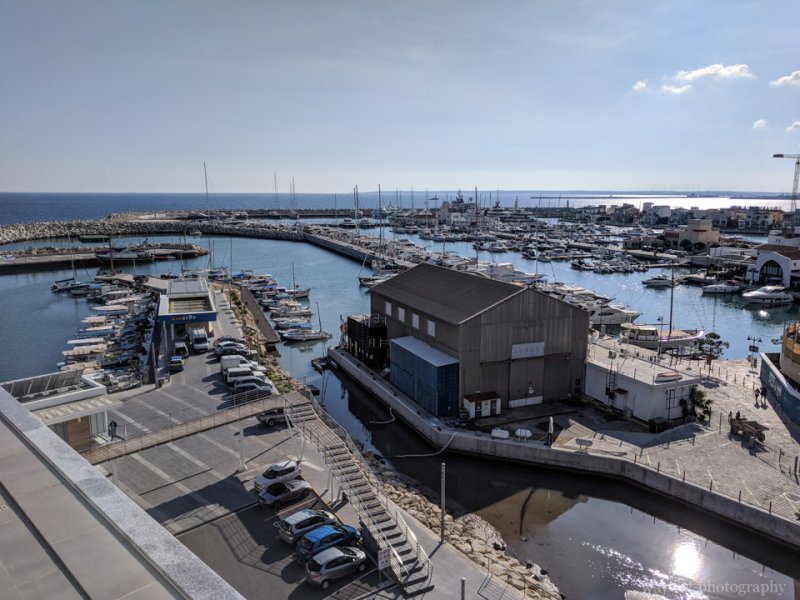 Leaving the complicated geopolitical condition behind, we left Cyprus in the afternoon and returned to Munich. When the plane landed, I could hear cheers and applause in the cabin. Germans are so proud of their country.

2018.2.1We drove to Stuttgart to meet another customer. We had to go over a mountain to get to Stuttgart. Temperature was coming down and snow fell on the high land. This is Germany in the winter as I imagined.

Enroute from Munich to Stuttgart, Germany

Enroute from Munich to Stuttgart, Germany
2018.2.2We stayed in Motel One in Munich for two nights. Despite the name, this is a very modern hotel. We had another customer meeting on the last day, then I flew back to California. 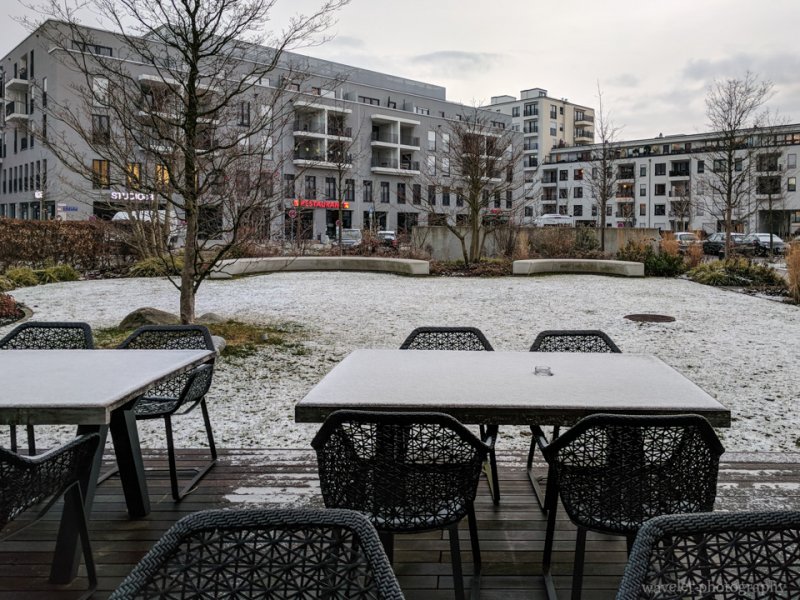 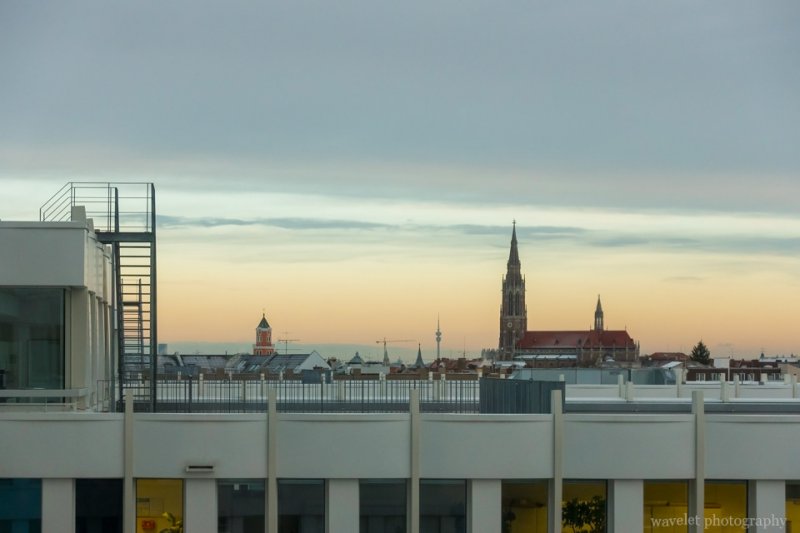